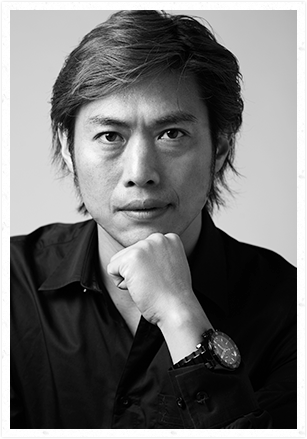 A younger sister broke thighbone in the days of a primary schoolchild. I `m impressed by bonesetting that cured complete cure three months and said injury in two months at the hospital and want to be this way. Learned “health” from all over the university attendance at school and enter the finding employment technical school during attendance at school more at the clinic. Age 23 summer, I establish “restoration of health center” in Kawasaki-city. I learn in school of the bonesetting , Graduated from Meguro Medical Association’s Nursing Assistant School Certified as a nursing assistant and open the clinic of bonesetting.

I worked for treatment from all over the university attendance at school and learned chiropractic in a technical school. I declared the dream of school fellows in a post to talk about. When “I become the treatment family which working all over the world .” None of older seniors laughed in the remark of the boy of the university graduate length. I took no notice of anyone. However, do not go practically now and is. The invited country is a majority including the Kenyan, Maldives ,Thai, Cambodian , Singapore , and United States. etc.

I liked being excited. When they hit on an interesting idea, whole bodies always shiver for some reason. I was used to be, and to have such a big dream “to become the therapist who work all over the world ” for school days and I shivered and was excited. Anyone laughed coldly when I talked about it, but I didn`t mind such a thing.

I opened my clinic at age23 early summer. It was good to open my clinic, but there was really nothing at the beginning. I`m too difficult only in the technique that I learned at School. I hated myself to see off while being vexed that patient returned with not being able to cure a pain. I struggled when I must do something. Will I make the treatment who really work all over the world ? was troubled.

As a result of having kept on being troubled, I put up a sign. I work all over the world and changed it with the goal of a dream to work of the treatment. I aimed for “becoming the therapist which helped the athlete who represented Japan”. More “the trouble does not improve even the technique that is not solved because put up a big sign “If I think, you should get nervous like mountain climbing steadily and put up a more familiar small aim and can achieve it, I put up a newer aim. I climbed it repeatedly. The result method was not wrong. Current I became the place to treat an athlete on behalf of Japan. Example Olympics Sydney, Atlanta, Athens gold medalist and Los Angels.

Furthermore, “the treatment that sprinkled all over the world ” came to come practically. I continued taking care of a candidate representative from BEIJING OLYMPIC United States, and the player won and advanced to the next around of it smoothly until the finals in domestic selection society (however, he lose regrettably, and BEIJING OLYMPIC ends in nonparticipation). A request came from the professional football team where there was Beckham. The aim was able to be accomplished! 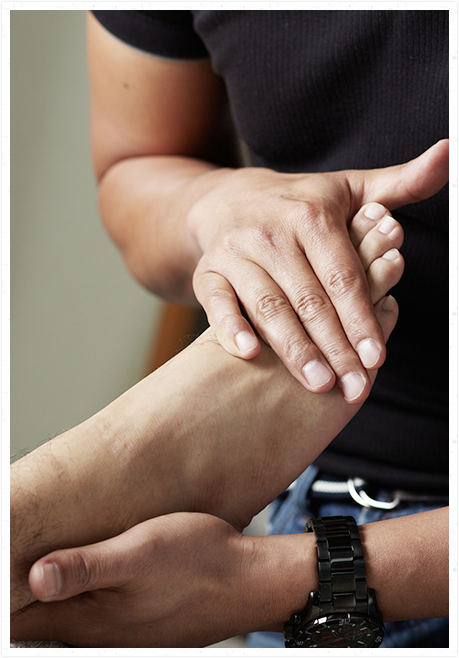 I still remember those days when I thought even the pain of the knee of grandmother not to be able to get over well.

Patient of grandmother who had a knee pain came in clinic. Having been told “to be too late because degenerative knee joint ” from a MD. I adjusted a knee carefully, but it totally ineffective. “A knee is not only bad simply” whether it being thought “is right belatedness of the MDs”. In a patient state “is not cured anymore as MD says”. Therefore it is easy to say, I will treat it to no longer worsen. But I dragged a foot to visit clinic every day and wanted to do something about a pain of this patient whom I thought me to be it like a grandchild and talked to. Therefore I declared it when “I did something by all means”.

If “cannot do it, should do what“, must not think what. From now the human being declared it when “do not do something!” I think that it begins to work. I think that it is the big factor that it right draws success to.

Let’s write a story of the treatment. Patient has no change in coordination with a knee no matter how. However, ligament and a meniscus do not seem to have the problem. Therefore I changed a treatment policy. As for this patient, bowlegs are considerably severe when they watch the whole foot. I loosened lower muscle on a knee thoroughly. Then a change began in there. As for “doctor, yesterday, word of the beginning of patient was not painful the next day until the evening”. It is always first thing in the morning that I can come for treatment. You said, “you came to have a pain in it and usually stopped by in a way back”.

I thought after all a knee was not bad. In next “why don’t play with the joint in the point of the lower muscle on a knee?” In the top, a hip joint, a bottom are ankle joint. I was surprised , the heel fall down to the extreme in comparison with a common person to see an ankle joint. The calf is abnormally hard, too. “This will be connected with a pain indeed”. I pulled it with taping and finished treatment by adjusting the bottom of the knee when I would let a heel get up on that day. And the next day patient said. “doctor I have a pain in the root of the foot”.

“How about the knee?” When I ask it; “It`s the root of the foot”. It was answered, I had a pain in the knee slightly. Because I adjusted an ankle, the place where a foot landed when I walked changed. I noticed that the root of the foot came to hurt for it intuitively as far as it was not an injury.

Patient just set up taping of the day before. Because it caused inflammation of the skin, the long-time taping tore off tape and it was kind and untied only the root of the foot and did the treatment on the day to be done. Then patient came in that she said that I had a pain in a knee again and, on the next day. “After all this was a cause”. I explained that the pain of the knee recurred to patient who must be the result that had taken the taping yesterday and did the taping which woke up a heel once again.

Then, as for patient didn`t come clinic next day.

To be frank, I got impatient. I finished one-day treatment while throbbing when I would do it how. She came back on neither the next day nor the day after next. Those jitters are still unforgettable. However, patient came just before the end of the treatment of the morning unexpectedly and, on the next day. When I was about to tell you, “I worried how you were considered to be it”, I listened to “a doctor, I went out because a pain became half, a present” and really glad words!

When I “was able to provide convincible treatment ,” I realized it. It was the moment when I was able to achieve the small aim that I made for the first time. I begin with this first step, and there is today. And I felt it when “I could provide treatment good by all means if I wrestled patiently without letting imagination act even if the technique that oneself learned did not pass, and giving it up”. It is the moment when “a Ken Yamamoto technique” was established.

The treatment is fight with a pain of patient. Patient appeals for a pain in sequence to come. The clinic is, so to speak, a battlefield. “Ken Yamamoto technique“ is a weapon to fight well there. I share the actual feeling with not only me but also the much teaching boys now.

I continued clearing a small aim, but do not think a big aim to have been accomplished now. There is the top on a cloud farther. It will be halfway up a mountain area now. A big aim must be found again in the near future. I become therapist , and only 18 years have yet passed. I think while fighting against 30 years every day in battle front of the treatment for 20 years while realizing technical improvement to push on towards a new aim. 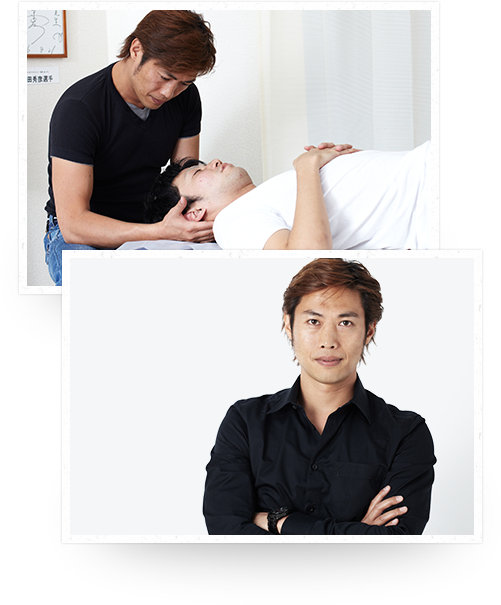